Anna and the King of Siam
(eAudiobook) 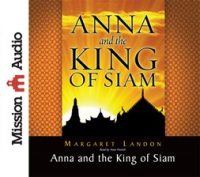