When a Scot Ties the Knot
(eAudiobook) 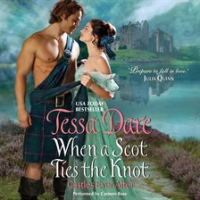