A Stranger at Fellsworth
(eAudiobook) 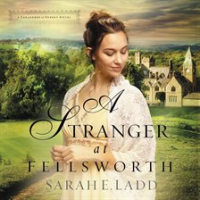