The Murder of Willie Lincoln
(eAudiobook) 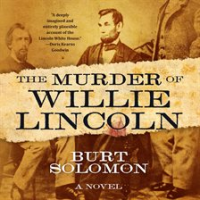