The Last Jews in Berlin
(eAudiobook) 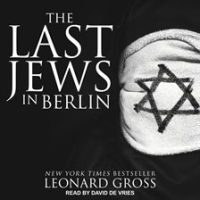