Who Speaks for the Damned
(eAudiobook) 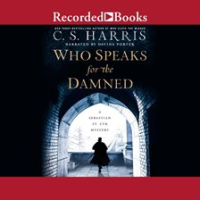