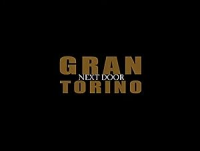 General Note
Originally released as a motion picture in 2008.
Creation/Production Credits
Director of photography, Tom Stern ; editors, Joel Cox, Gary D. Roach.
Participants/Performers
Clint Eastwood, Bee Vang, Ahney Her, Christopher Carley.
Description
Walt Kowalski is a widower who holds onto his prejudices despite the changes in his Michigan neighborhood and the world around him. Walt is a grumpy, tough-minded, unhappy old man, who can't get along with either his kids or his neighbors. He is a Korean War veteran whose prize possession is a 1972 Gran Torino he keeps in mint condition. When his neighbor, Thao, a young Hmong teenager, becomes pressured by his gang member cousin to steal Walt's Gran Torino, Kowalski sets out to reform the youth. Drawn against his will into the life of Thao's family, Walt is soon taking steps to protect them from the gangs that infest their neighborhood.
Target Audience
MPAA rating: R; for language throughtout, and some violence.
System Details
DVD, region 1, widescreen (2.35:1); Dolby Digital.
Language
English, French, or Spanish dialogue; English, French, or Spanish subtitles; English subtitles for the deaf and hard of hearing.