The road to Red Rocks : the film
(DVD) 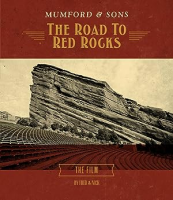